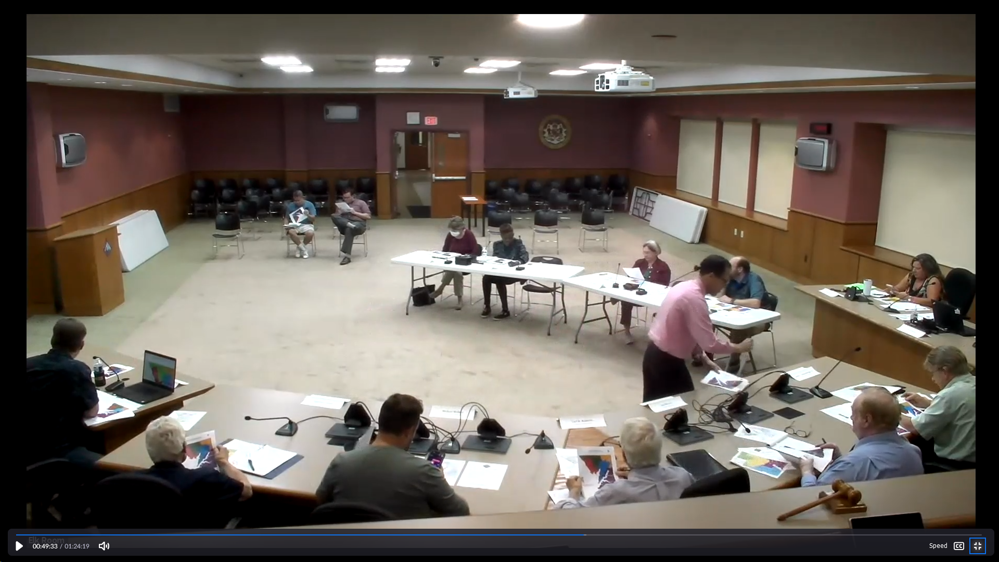 At the last legislative session in September, the County Council approved the final slate of appointees who would comprise the eleven-member Redistricting Commission. Five appointees were selected by the Democratic Central Committee of Cecil County, and five were selected from the Republican Central Committee of Cecil County. The final member was selected by the Cecil County Council. On a highly important committee charged with drawing the political boundaries of the County that will stand for a decade, the County Council is empowered by the County Charter to select the individual that serves as the deciding vote. To the surprise and chagrin of every conservative following the redistricting process, the entirely “Republican” County Council chose Carl Roberts.

Casual observers of Cecil County politics may not recognize that name, but the previous County Executive administration and the direction that Cecil County was heading in, which voters resoundingly rejected in the last election, has his fingerprints all over it. For the members on the Council who voted for him (Meffley, Miller, Coutz, and Patchell) and their Cecil Business Leaders (CBL) PAC donors, Carl Roberts was an obvious choice. For the citizens of Cecil County who want a fair and impartial Chairman to oversee the highly contentious redistricting process, Carl Roberts is quite possibly the worst selection.

The disappointment in the Council’s selection among conservatives may not have been as sharp if the way he was appointed was done differently. As Council Vice-President Jackie Gregory explained before the vote appointing the Redistricting Commission, Carl Roberts name was put forward as a replacement for a previously selected name without her being informed, without the public being informed, and without an opportunity for public comment. A look at Carl Roberts record explains why the CBL connected Councilmen (Meffley, Miller, and Coutz) would want to sneak one of their own in through the back door.

Carl Roberts is a life-long Democrat who works with and for other life-long Democrats who are now, for political expedience, registered Republicans. He was a part of Alan McCarthy’s transition team when McCarthy became County Executive in 2016. He is a failed Democratic Candidate for County Commissioner. He has donated to organizations and politicians that Cecil County voters overwhelmingly reject, such as Martin O’Malley, Cecil Business Leaders PAC, Cecil County Democrat Central Committee, David Rudolph, and failed Gubernatorial candidate and radical Democrat Jain Ashwani. Perhaps unsurprisingly, he has also made financial contributions to Councilman Bob Meffley and Councilman Bill Coutz, both of whom are responsible for his current appointment. Carl Roberts also lists Donald Trump and Mitch McConnel as the two biggest threats to American democracy on his social media. In fact the only political posts to be found on Robert’s social media are ones bashing Republicans. Hard to believe that these are the actions worthy of selection by a “Republican” County Council.

Why should this matter? Because not only was the process of his appointment done behind closed doors, but because his selection shows a complete disregard for the interests and concerns of Cecil County voters. Instead of choosing someone who would help build fair political boundaries to start a new chapter in our history, the Council instead chose to select someone who has been a central part of dragging the County in the wrong direction for the better part of two decades. Further, it shows the true colors of Carl Roberts and the members of the County Council (Meffley, Miller, and Coutz) that chose him. By running as Republicans they are perpetrating a fraud on the voters of Cecil County. There can be no doubt that they are Republicans in name only, and there only concerns are political advancement and personal enrichment. It is unacceptable that Cecil County voters continue to be ignored while their elected officials continue to evade accountability and rig the deck against them.

By taking control of the Redistricting Commission, the Council has taken control of how Cecil County voters can hold their elected officials accountable. County residents deserve to know that their interests are being advocated for and that their representatives will fight for them. Unfortunately, so long as Bob Meffley, Bill Coutz, and Al Miller continue to serve on the County Council, those assurances cannot be made.