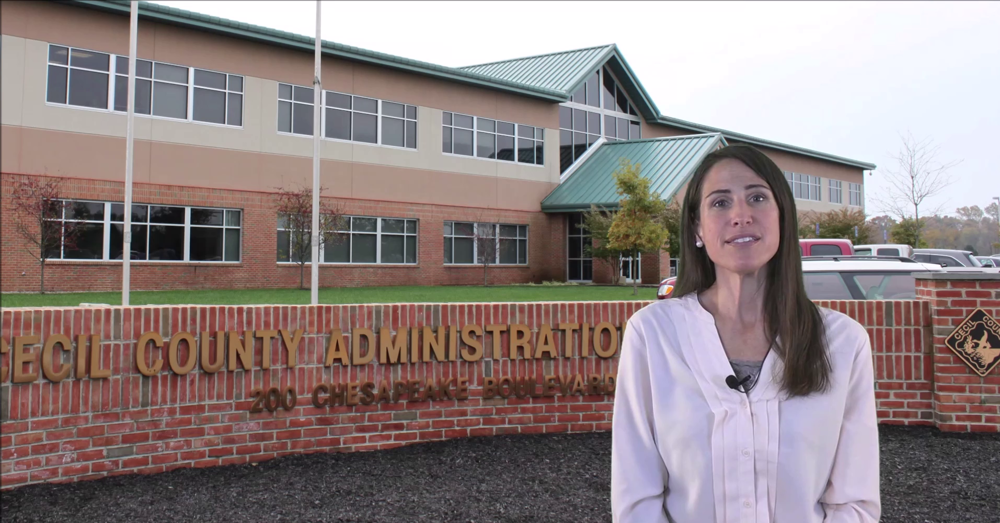 It’s been little over a month now since the government of Cecil County transitioned to a new administration led by Danielle Hornberger, who, in taking office, became the most powerful  Republican female in the state.

Her administration, much like her candidacy, closely parallels that of Republican President Donald Trump. Both were first time candidates in politics who entered the arena as outsiders from the establishment. The focus of their campaigns were cutting taxes and improving the life of the everyday citizen. Their primaries were won by obliterating the competition.

Both have been inundated with harassment, slander and libel from rival politicians, the news media, and social media trolls. Both are being obstructed by the legislative side of their respective governments.

Their similarity has a simple explanation: the swamp doesn’t like anyone who might be a threat to their grift. In order to protect their rackets, they rely on any and all means to undermine and discredit their opposition, no matter how dirty.

In Cecil County, it’s not the usual Republican vs Democrat partisan bickering in play. Being a largely conservative district, it is virtually impossible for Democrats to be elected to and stay in political office. Due to this, the local swamp exists within the Republican party. Many of whom are liberals who switched affiliation to get elected.

The past election in the county was a referendum on the Cecil Swamp. By an overwhelming margin, the incumbent County Executive was voted out in favor of Danielle Hornberger and her grassroots movement that caught the attention and endorsements of several prominent Republicans.

I was a silent observer through most of it. In my observations, the behavior of the incumbent and his entourage both in person, on social media, and through the press is exactly the same as the behavior the Democrats leveled against President Trump while he was a candidate and in office.

Every word thrown against Hornberger then, and now, is spoken in the same way as Chuck Schumer, Adam Schiff, Nancy Pelosi, and the social media trolls; saying that she is inexperienced, compromised, and incompetent just as they attacked President Trump. Ironically, some of these critics claimed to support Trump, desperate to deny the obvious parallels between themselves and the Democrats.

Despite them and their lies, she won. But the swamp doesn’t go down easy. The county’s legislative branch, which is comprised of five councilors who are elected to represent the voters of Cecil County, have gone rogue and are obstructing the new County Executive.

In a move true to the platform she ran on, Madam Executive Hornberger has been removing and replacing employees in the County Government. Among those let go were the entirety of the Ethics Commission, which drew scathing reviews from the Swamp, who allege that she doesn’t have the power to remove them all without the support of the council, and that she may only replace half of them.

This is a blatant lie. The charter states,

“The Membership of boards and commissions that are established exclusively to advise the Council shall be appointed and removed by the Council, at the Council’s discretion, unless such matters are prescribed by state law or other sections of this Charter.”

As one commentator on social media pointed out, the Ethics Commission does more than advise the Council. Thus, the claim that the power belongs to the Council is easily disproved.

Additionally, the Cecil Swamp changed the rules for the Ethics Commission specifically in November of 2012 to suit its own power grab. The change reads,

“There shall be a Cecil County Ethics Commission, which shall be composed of five members appointed by the County Executive, in accordance with the charter, to staggered four-year terms.”

That term is up, and the new County Executive may keep or replace them at her pleasure. Just as with President Trump, the powers of the office do not change depending on who holds it, and changes made to suit one group’s agenda may in the future be used against them.

But that hasn’t stopped the Council from refusing to vote for the new appointments on the false claim that the County Executive did not follow the rules. Among the five councilors—Bob Meffley, Jackie Gregory, Bill Coutz, Al Miller, and George Patchell—only Gregory supported the County Executive.

If this is going to be the new norm, the people of Cecil should call on the obstructing members of the Council to simply resign and allow new blood to work with Danielle Hornberger and lead Cecil County down the path her people voted for.

Almost no one in Cecil County wanted the last two years of Democrats obstructing Donald Trump’s America-first agenda. They do not want to see the same thing happening in their own back yard. If they didn’t want Hornberger’s direction, then Alan McCarthy or Jeff Kase would be the County Executive now. They are not.