Project Cecil PAC is a Progressive Democrat organization, make no mistake about it. This PAC seeks funding from far-left groups such as the Open Society Institute and Next Generation America. Both of these groups are funded and run by George Soros. The Cecil County Republican Central Committee rejects the mission of this PAC and feels strongly that we don’t need George Soros money in Cecil County. The Republican Committee also views any action by this PAC as a covert attempt by Democrats to infiltrate the Republican party in Cecil County. We believe the plan is to push a far-left agenda here and turn Cecil blue along with the other eastern shore counties. In 2016 George Soros’s Act Blue PAC and out of district donors dumped $1 million plus into the Jesse Colvin campaign to try to defeat the only Republican congressman (Andy Harris) to represent Maryland in Washington D.C.

The Cecil County Republican Central Committee strongly condemns any Republican affiliation with this PAC. We believe that any Republican candidate running for public office as well as sitting Republican office holders, should reject and publicly denounce any endorsements and return any awards or contributions from the Project Cecil PAC. Furthermore, any Republican office holder or candidate for office that doesn’t adhere to the above statement will be publicly censured and will cease to receive any support from the Republican Central Committee. This lack of support includes denial of further endorsements, financial contributions, and marketing which includes print and online and live events. 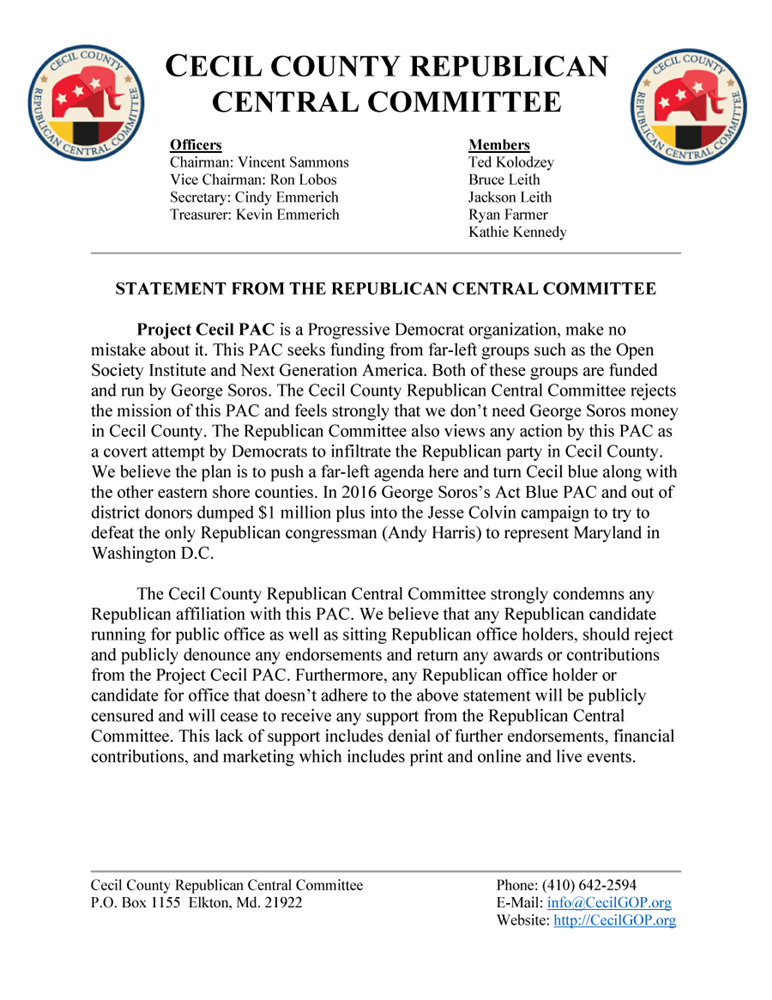